If you don’t think you know someone with a serious mental illness, you’re wrong.

If you don’t think you know someone with a serious mental illness, you’re wrong. Last night Ronald Braunstein and I had the opportunity to speak to a group of students at […]

Music in Prison: “I felt appreciated and useful.”

Music in Prison: “I felt appreciated and useful.” Me2/Orchestra performed for inmates in the Southern State Correctional Facility (Springfield, VT) earlier this month. I asked the musicians for their feedback on […]

Finding Common Ground on a Bus & in Prison 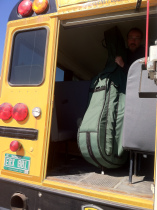 Finding Common Ground on a Bus & in Prison Last weekend Me2/Orchestra members went to Springfield, Vermont to perform for inmates at the Southern State Correctional Facility. Springfield is a two-hour ride from […]

“Music in the Prisons”: Reflections from the Performers

“Music in the Prisons”: Reflections from the Performers [The Me2/ cello trio toured the state of Vermont from August 6-10, 2012, giving hour-long performances in all of Vermont’s correctional facilities. After […]

Music in the Prisons: Days 1 and 2

Music in the Prisons: Days 1 and 2 I really need to get some sleep but my mind is spinning with thoughts about the past two days. The Me2/ cello trio […]

“Music in the Prisons”: the adventure begins…

Creating a new community Last weekend Ronald Braunstein (Me2/Orchestra Music Director) and I attended a recital at the University of Vermont. We arrived early and sat in the middle of a […]

What does music look like? I have an interesting relationship with my cello. Compared to many musicians my age, I often feel like a “late bloomer”. Although there is some video […]

What does mental illness look like? Recently I received an email from a neighbor passing along some info from our condominium Board meeting. She ended the email by saying that she’d […]

Welcome to the Me2/Orchestra blog!

Welcome to the Me2/Orchestra blog! In the coming weeks members of the orchestra will be invited to post their thoughts and reactions to rehearsals and the role that Me2/ and/or mental […]